Join our subscribers list to get the latest news, updates and special offers directly in your inbox

How to create and configure your own STUN/TURN server with coturn in Ubuntu 18.04

On the last days, we needed to implement a WebRTC based videoconference application using PeerJS with Node.js. As mentioned on the official notes of getting started with this technology

On the last days, we needed to implement a WebRTC based videoconference application using PeerJS with Node.js. As mentioned on the official notes of getting started with this technology, most of the times to make applications like this work, you will need a special kind of server that is on charge of relaying the traffic between peers, because sometimes a direct socket is often not possible between the clients (unless they reside on the same local network). This is known as a TURN server, that stands for Traversal Using Relay NAT and is a protocol for relaying network traffic.

In order to succeed with the implementation of this tutorial, you will need obligatorily the following things:

Having said that, let's get started with the tutorial!

Before proceeding with the installation of coturn, be sure to update the apt-get repository to its latest version with the following command:

Then, install the coturn package with the following command:

This will install the coturn TURN project in your server, a free open source implementation of TURN and STUN server. Be sure to stop the service after installing the package with the following command, as it will be automatically started once the installation finishes:

You will be able now to follow up the rest of the tutorial. For more information about the coturn project, be sure to visit the official repository at Github to check the documentation.

After the installation, you will need to enable the TURN server in the configuration file of coturn. To do this, uncomment the TURNSERVER_ENABLED property in the /etc/default/coturn file. You can use nano to edit the file from the terminal:

Save the changes and proceed with the next step.

This will basically rename the file. Then, proceed to create the configuration file in the same directory:

This basic configuration usually works for most of the needs, however in case that you need to configure something else, be sure to visit the official docs of the configuration properties here. Don't forget that in this case, we included a test user in the file to test the TURN server later, however you are free to remove it and create it later with turnadmin.

Till this point, everything that we need to configure on our server should be done.

As we mentioned at the beginning of the article, you need to own some domain where the STUN/TURN server will be hosted. You will need to create 2 new A records using turn and stun as host respectively pointing to the public IP of your server: 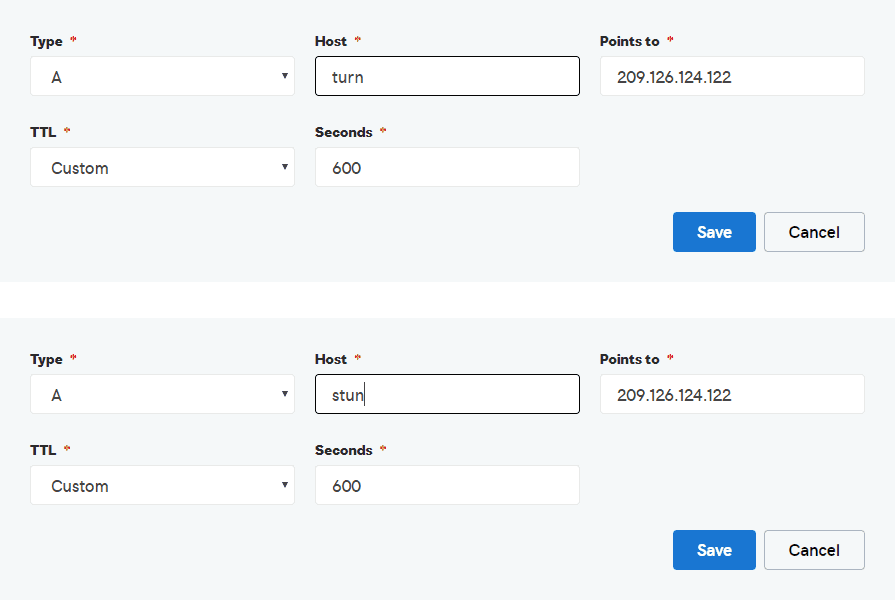 Our registrar is GoDaddy and they offer the DNS management system, so we created them easily with a form. After registering the subdomains and waiting the proper time so they can be found with a DNS lookup, you can proceed with the next step.

Turnadmin comes included in the default package of coturn, this application is a TURN relay administration tool that allows you to manage the users of your turn/stun server. Clients will need credentials in order to connect to your turn server, so you can register them like this:

For example, to create a test user i would run the following command (username brucewayne, realm ourcodeworld.com and password 12345):

Note that we created previously a single user on the /etc/turnserver.conf file with plain text setting the username as guest and password somepassword.

After creating the users and configuring coturn properly, you will be able to start the service so clients can connect to it. Proceed with the initialization of the service with the following command:

This will start the service of coturn in the server. You can check the status of the service with the following command:

Which should output something similar to:

Fortunately, there's an awesome online tool that allows you to check the functionality of STUN/TURN servers. This tool is Trickle ICE, a WebRTC page project that tests the trickle ICE functionality in a regular WebRTC implementation. It creates a PeerConnection with the specified ICEServers (which will contain the information of our recently implemented server), and then starts candidate gathering for a session with a single audio stream. As candidates are gathered, they are displayed in the text box below, along with an indication when candidate gathering is complete.

To get started open the tool website in a new browser tab and start filling the ICE servers form. In the form you will need to provide the STUN or TURN URI respectively with the credentials (only for the TURN server) like this:

As you can see the URI's follow the pattern of the protocol:domain:port. The form would be filled like this: 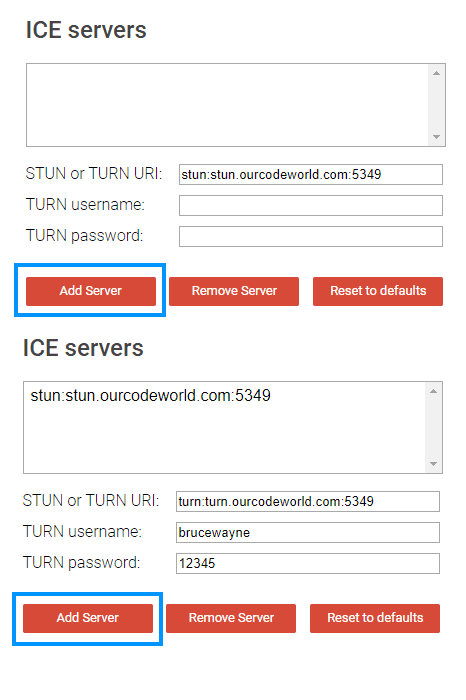 Then on the bottom of the page in the ICE options, run the test pressing the Gather candidates button:

The test should generate something similar to: 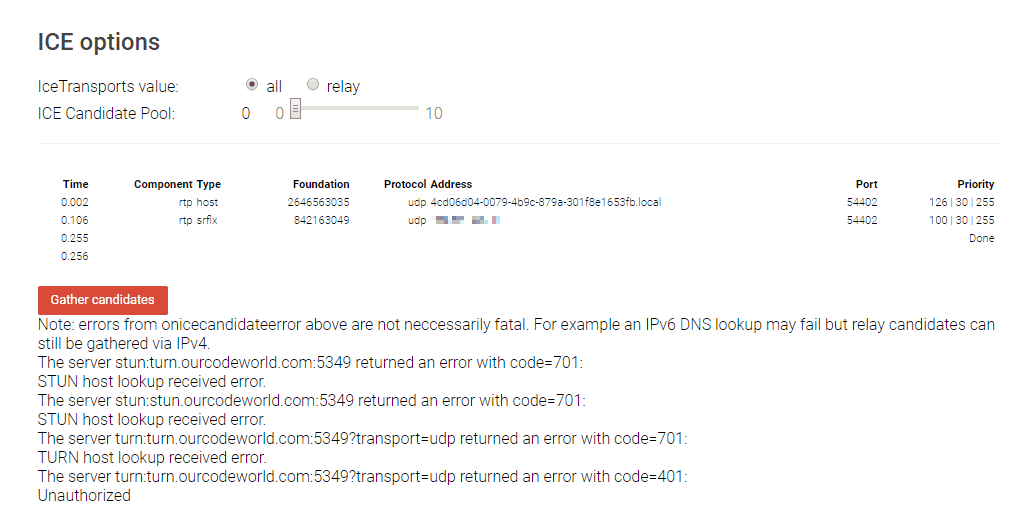 Note that this happens because the tool has a bug on most recent browsers, however as long as you are able to re-run the test pressing Gather candidates again and again (so the gather candidates button doesn't block) everything should be ok with the STUN/TURN server.

How To Uninstall Or Remove Packages From CentOS